Not much is actually known about Heraclitus. Here’s what historians think they know.

Heraclitus was an early Greek philosopher. He came from the Greek city of Ephesus, in Asia Minor area known as Ionia, populated by Greek-speaking people, but under the control of the Persian empire of the time. There is a myth or legend or story that he was at least an honorary king of Ionia, but there is not much evidence of that. As a philosopher of his day, however, he was likely to be from the upper classes. He may have written one book, On Nature, or some such title; but if he did, this work is lost, and all we have are quotations and fragments from later writers. He was active around 500 BCE. Ephesus was near Miletus, sort of a hotbed of early Greek philosophy, but it’s unclear if he interacted much with other philosophers. His work is discussed by many later philosophers, including Socrates and Aristotle. We have roughly 100 fragments of his writings, which are enigmatic due to their scarcity, but also due to the kind of philosophical rhetoric Heraclitus practiced. 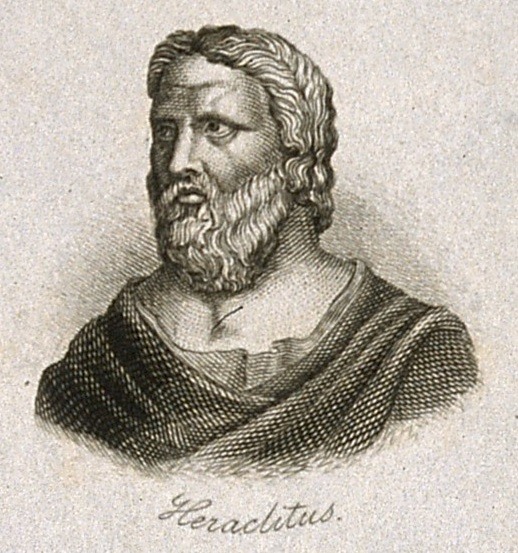